RGP’s design ethos for the new Valley Centre, Rawtenstall was to respect the scale and typography of the architecture of the surrounding area, but to avoid pastiche and use a design language which was sympathetic to the past and was determinedly of the 21st century.

The perimeter form of the new centre meant that on its external frontages it would respond to the architecture of the existing streets, whilst giving more freedom to be less prescriptive on the elevations facing of the plaza. 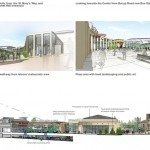 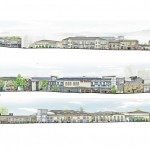 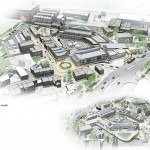